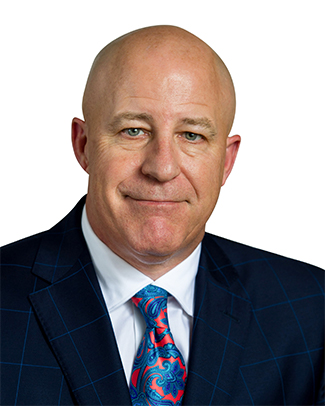 Charles M. Cronin Jr. (Chuck) founded Axiom Capital Corporation in 1993. Over the past 35 years, Chuck has been involved in the structuring of more than $6.5 billion in Commercial Real Estate (CRE) financing. He has also been involved in more than $5 billion of whole loan portfolio evaluations, purchases, and sales. During this time he has earned the trust and respect of both Owners/Developers the firm represents as well as the top executives of the major capital providers to the industry.

As the former head of a NASDAQ, publicly traded, FDIC insured bank, Chuck brings a unique insider’s understanding of the lending industry. He has nurtured creative solutions for consummating loan transactions and fostering equity ventures. His tenacity and “hands-on” problem solving approach has earned Axiom Capital Corp. its reputation as one of the leaders in commercial real estate financing today.

Chuck sets the strategic direction for the firm and has instilled in the culture the Axioms of RELATIONSHIPS and the drive to deliver EXCELLENT RESULTS through DILIGENCE, INNOVATION, EXECUTION, and simple HARD WORK. Chuck’s tenacity and creativity combined with his knowledge of CRE finance and financial institution’s regulatory and balance sheet issues have helped Axiom close many win –win financings that may never have happened. Chuck’s broad knowledge and his ability to clarify issues simply for each side of a transaction are unique and part of the reason Axiom has a constant pipeline of quality repeat client business.

Prior to founding Axiom Capital, Chuck served as President of Albany’s National Savings Bank (NSBA), a public company traded on NASDAQ. As president, he directed National’s overall operations including asset liability management, mergers and acquisitions, security market sales, and regulatory and rating agency compliance. During his tenure, the bank increased in size from $350 million to just under $1 billion in assets. ROA increased from .33% to 1.25%. ROE increased from 4% to 16.5% and non-performing loans declined from 4% to .71%. In February of 1993, he guided the sale of NSBA to KEY Corp. He is a Licensed Real Estate Broker.