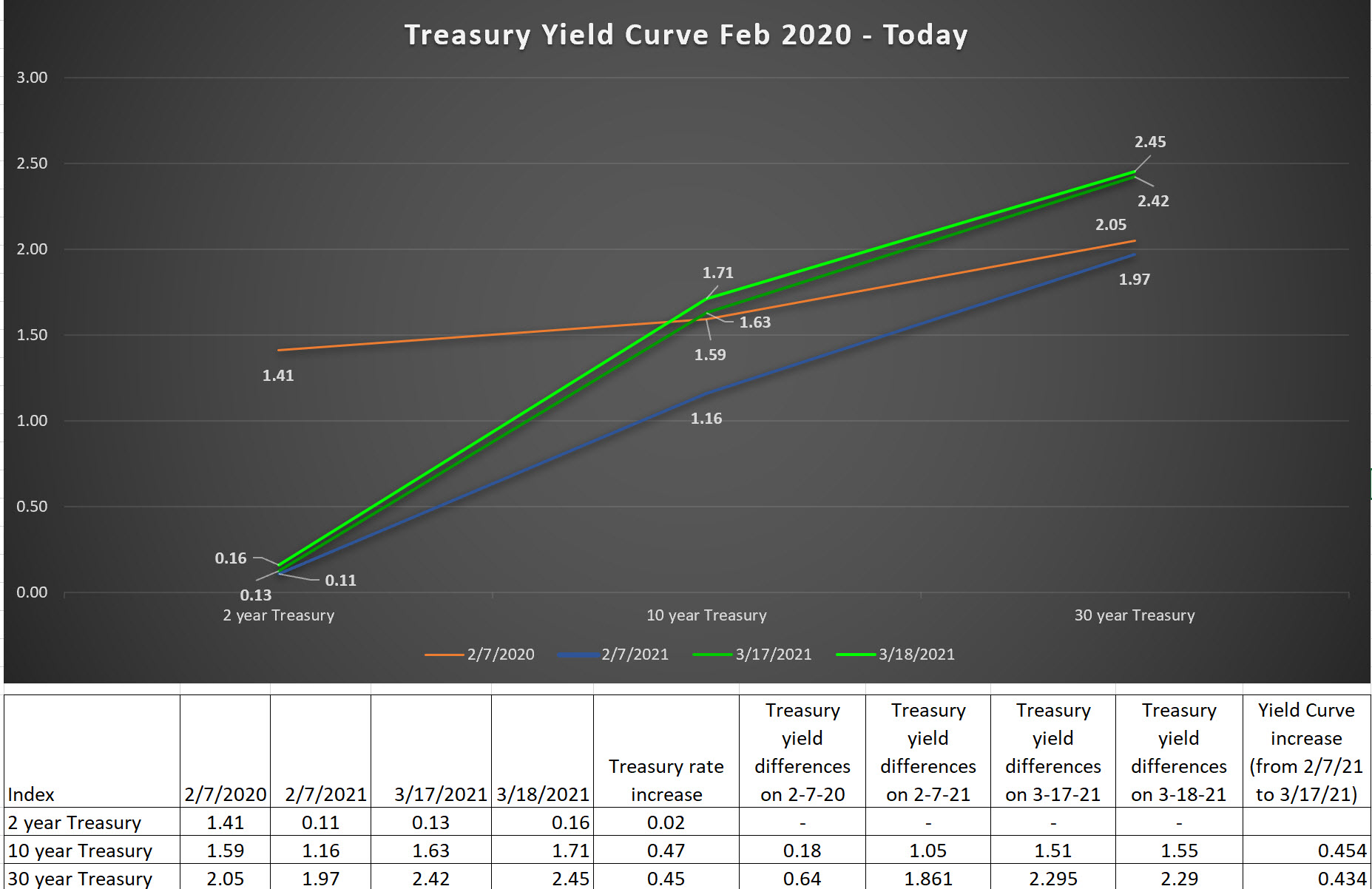 So, what could this mean for the future? Historically, the yield curve has provided great insight as to what rates will do in the future.  While short term rates could move up and the yield curve could change, the Fed, who controls short term rates, publicly announced yesterday they will anchor the Fed Fund Rate at a low point until at least 2023.  Should you move now? Should you wait?   Looking at the current yield curve as compared with the historic shape says, “don’t panic”.  If the Fed keeps the short-term rates low, the yield curve would have to steepen dramatically past its historical averages for rates to rise sharply in the near term.  However, it is always prudent to stay ready and vigilant – anything can happen.  Closely watching the shape of the yield curve, as compared to history will help provide clarity for these important decisions.

For more historical rate information and insights into the rate environment please visit our website at www.axiom-capital.com and as always, if you have any questions or want to discuss further do not hesitate to contact us at (518) 472-4000 or at axiom@axiom-capital.com.